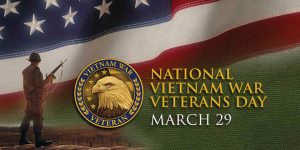 National Vietnam War Veterans Day is observed every year on March 29 and is a way to thank and honor our Nation’s Vietnam Veterans and their families for their service and sacrifice.

HOSPICE of Orange and Sullivan Counties Inc. will be the lead agency to host the second annual observance of National Vietnam War Day in Orange County. We thank VFW Post 973, Newburgh, NY, Marine Corps League, Detachment #249 of Greater Newburgh, Orange County Veterans Service Agency, and the VET2VET Program through the Mental Health Association of Orange County for joining us in support.

Although not a federal holiday, the day is set aside to recognize the sacrifices made by veterans and their families during the Vietnam War. It also honors those men and women who served in that conflict but did not receive a proper welcome home when they returned to the United States due to the war’s unpopularity. The date is significant because the last U.S. troops left South Vietnam on March 29, 1973.

“To ensure the sacrifices of the 9 million heroes who served during this difficult chapter of our country’s history are remembered for generations to come, I signed into law the Vietnam War Veterans Recognition Act of 2017, designating March 29 of each year as National Vietnam War Veterans Day. This Commemoration of the 50th Anniversary of the Vietnam War, and every March 29 thereafter, we will honor all those who answered our Nation’s call to duty.”

The service will take place at Donahue Park, Cornwall-on-Hudson on March 29 at 11:00 am and will offer prayer, the playing of taps, and the reading of the 68 Vietnam soldiers from Orange County who never came home. This will be streamed for public viewing on Hospice of Orange and Sullivan’s Facebook page. https://www.facebook.com/Hospiceoforange

Who does Vietnam War Commemoration Honor?

U.S. Armed Forces personnel with active-duty service between November 1, 1955, to May 15, 1975, regardless of the location of service, which includes:

HOSPICE of Orange and Sullivan Counties Inc. is a top-tier Community Partner Level V of “We Honor Veterans,” a campaign developed by the National Hospice and Palliative Care Organization (NHPCO) in collaboration with the Department of Veterans Affairs. We gratefully acknowledge our military and servicemen, women, and families through this program. We aim to create a veteran-centered organization through education, strategic partnership, resources, and veteran recognition. Our mission is to serve our Nation’s Veterans who have served us. 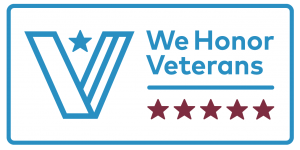